In this ninth program of the “Music in the Castle” solo concert series, we will present the piano, with pianist, arranger and composer André Mehmari. This instrument is well known in all cultures, but it has a history that might surprise us. 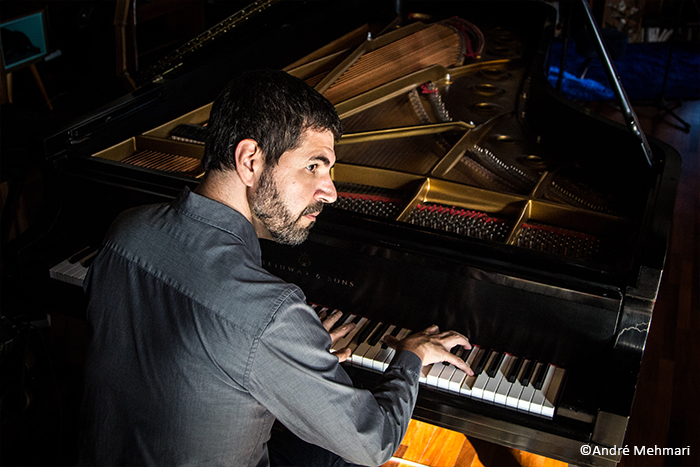 The ancestor of the piano was a monochord, that’s right, a single-string instrument.

Instruments can be divided into three categories, based on how they produce sounds. The categories are string, wind and percussion instruments.

The ancestor of the piano can be traced back to several instruments, such as the clavichord, the clavisymbalum, and the psaltery. But if it were tracked even after that, someone would consider the piano to descend from the monochord, in other words; and based on its ancestry the piano can be classified as a string instrument. 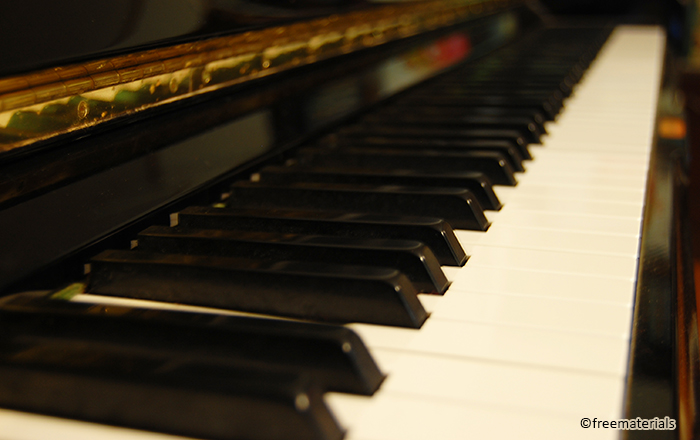 The psaltery is an instrument that originated in the Middle East, which spread to Europe in the 11th century. It is characterized by a simple resonance box with strings stretched across the top. Similar to the piano, a small hammer is used to hit the strings, which is why the psaltery is considered the direct ancestor of the piano.

The piano is also considered a part of the family of soundboard instruments. The history of instruments with a soundboard dates back a long time and originates from the organ, which sends a shot of air through the pipe to produce the sound. Artisans then improved the organ to develop an instrument that was a step closer to the piano, the clavichord.

The clavichord first appeared in the 14th century and became popular during the Renaissance period. A key is pressed, which leads to a bronze rod, called a tangent, which hits the string and cause vibrations emitting a sound above a range of four to five octaves. The clavichord has become an inspiring instrument for the development of the modern piano. 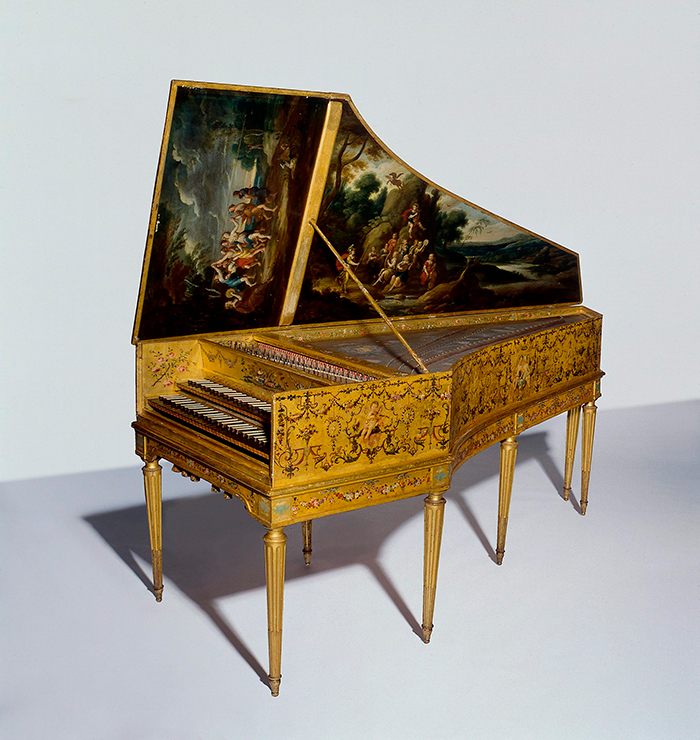 Before the modern piano, though, we still had “clavisymbalum”, an instrument very similar to the harpsichord. Created in Italy around 1500, the clavisymbalum later spread to France, Germany, Flanders , and England. When a key is pressed, a flat wooden spectrum connected to a long chord strums the string to produce sound.

This system of strings and soundboard, in addition to the overall structure of the instrument, resembles that of a piano.

The piano was invented by Bartolomeo Cristofori (1655-1731) in Italy. Cristofori was dissatisfied with the lack of control that musicians had above the volume level of the clavisymbalum. He had recognized that changing the strumming mechanism with a hammer would create the modern piano, in 1709.

In fact, the instrument was first called a “clavicembalo col piano e forte” (literally, a clavisymbalum that can play soft and loud sounds). This has been reduced to the common name now known as the “piano”.

The piano since then has gone through several changes to be able to perfect its original design until reaching the modern piano as we know it today. The piano became an object of desire for several composers and instrumentalists for its sound and timbral resources. 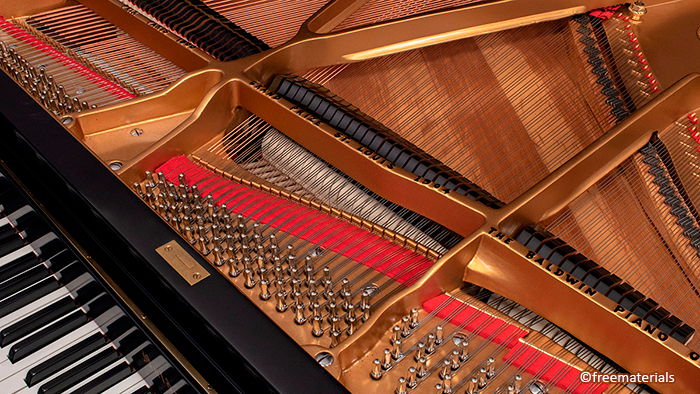 Since the first concerts for piano and orchestra, solo pieces and studies, both in the popular and jazz world, the piano has become the main tool of musical composition.

In Japan, the history of the piano has as its important date the year of 1887, with the opening of the piano and organ factory Nippon Gakki, which would be later named Yamaha. We also have the Kawai and smaller brands, very widespread in Japan, and it is said that almost all households have their own upright piano.

Today, Japan has important names in the international classical and jazz genre scene.

In Brazil, the piano arrived in the 19th century, but the first phonographic records date back to the first decade of the 20th century.

Chiquinha Gonzaga was one of the first interpreters of the Brazilian piano, followed by great names such as Ernesto Nazareth and many others.

Our guest is the pianist, arranger, and composer André Mehmari, a fine example of pianistic and musical diversity in Brazil.

Pianist, arranger, and composer, Mehmari was born in the city of Niterói (RJ), on April 22, 1977. Considered by critics ‘a unique artist of vibrant and generous imagination’, Mehmari had his first contacts with music through his mother, in Ribeirão Preto, in the interior of São Paulo. In 1995, he moved to the capital, when he joined the piano course at the School of Communications and Arts of the University of São Paulo (ECA-USP). 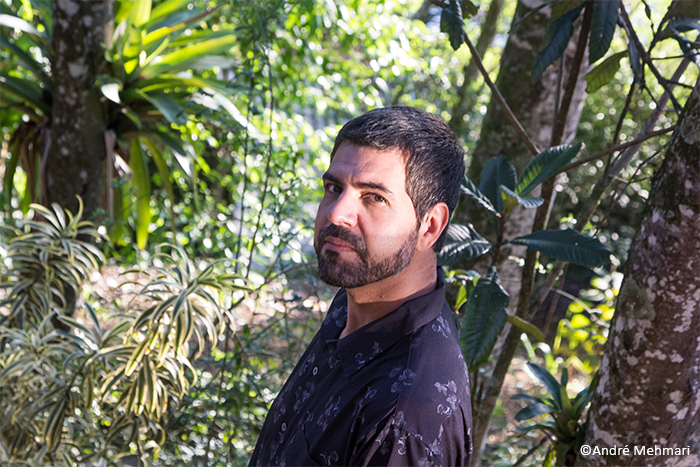 Prolific and sought after composer, considered one of the most original and complete Brazilian musicians of his generation, he was awarded both in the classical and popular fields. His compositions and arrangements have been performed by orchestral and chamber groups, including OSESP, OSB, the Minas Gerais Philharmonic orchestra, the Miami Symphony Orchestra, Orchestre de Normandie, São Paulo City Quartet, and the Villa-Lobos Quintet.

His recent works include pieces for cellist Antônio Meneses and the soundtrack of the first Brazilian series produced for the Netflix platform.

Denmark, and Angola, in addition to all the main Brazilian festivals, and in spaces such as Salle Gaveau (Paris), Kennedy Center (Washington), Lincoln Center (New York), Umbria Jazz, Sala São Paulo, and Sala Cecilia Meirelles, to name a few.

André, who has already made several trips to Japan, has always carried these two beautiful themes in his musical baggage, and composed this original version for solo piano especially for the “Music in the Castle” series in May 2020, amid the social isolation that has affected us all .

Flower party in spring at the top of the castle
Sake cups were distributed
Moonlit through the old pine branches
Where is that old moonlight now?

The camp in the fall was white, covered with frost
Several geese quacked as they flew across the sky
The moonlight shone on the swords placed upright on the ground
Where is that old moonlight now?

Now at midnight the moon is just high above
To whom does it shine, like in the past?
Nothing remains on the wall, but some ivy
Nothing to hear, except the rustling of pine branches in the storm

In the sky, the moon and stars remain unchanged
But in earthly life, things come and go, come and go
Is the moon hanging there to reflect these changes?
Ah! The midnight moon over the ruined castle

A composition of 1914, with lyrics by Tatsuyuki Takano, describing a person who is working in a distant land and expressing his feelings of nostalgia for the hills and fields of his childhood home.

I chased rabbits on that mountain.
I fished fish in that river.
I still dream about those days until today.
Oh, how I miss my old country house.

Dad and mom – are they well?
Is everything fine with my old friends?
When the rain falls, when the wind blows.
I stop and remember my old country house. 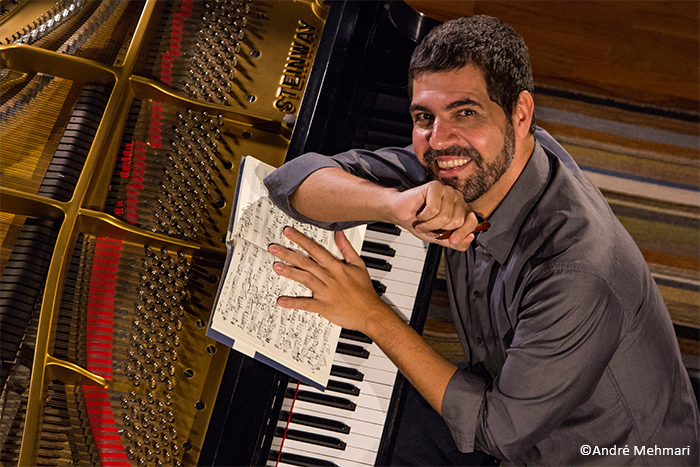 Watch André Mehmari’s performance in the Music in the Castle project.