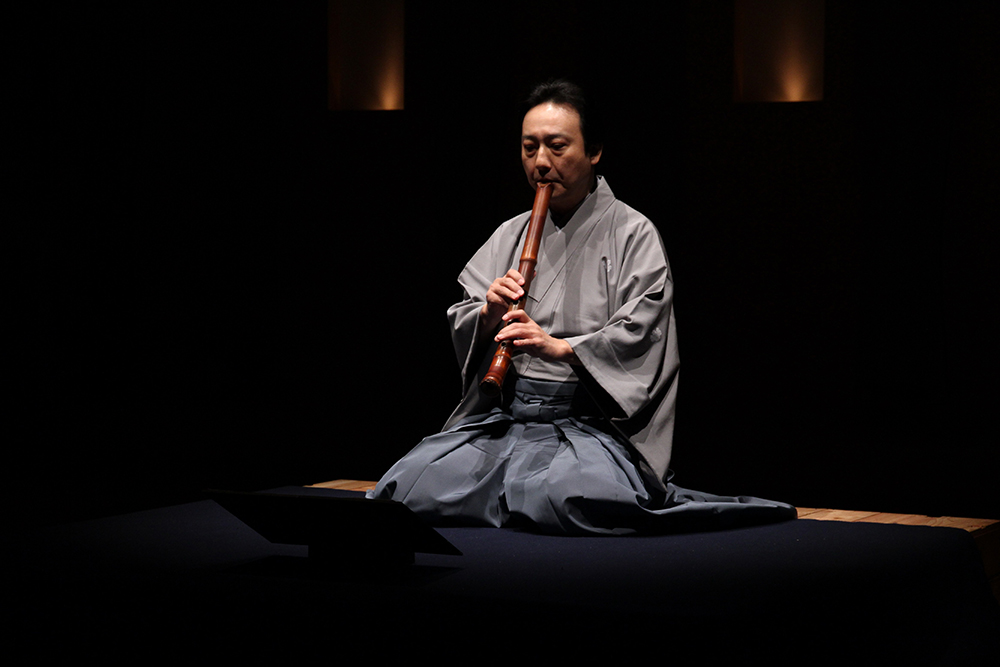 The first concert of the Music in the Castle (Música no Castelo) project, held by Fundação Japão (The Japan Foundation), will be dedicated to the “shakuhachi”, a traditional Japanese bamboo flute, performed by the Japanese master Jumei Tokumaru.

This rustic instrument, with five holes, was introduced in Japan along with the imperial court music, which we call “Gagaku”.

Gagaku is a type of classical Japanese music, as well as a term used for the court orchestra formed by wind, string, and percussion instruments, which was performed at the Imperial Court in Kyoto for several centuries.

Gagaku music consists of native Shinto songs, religious and folk dances called kuniburi no utamai, a koguryo or goguryo form, which was an ancient Korean kingdom, located in the central-northern regions of the Korean peninsula in the south of Manchuria.

But the Gagaku that entered Japan arrived through China, at the same time that new rice cultivation techniques and Buddhism composed this Chinese cultural package, which would change Japanese society.

The shakuhachi was one of the wind instruments in this musical set. The most common size is 1.8 shaku (1 shaku = 30 centimeters). The type of bamboo used is the “Madake”, a very rigid bamboo quality, with thick walls, rendering the instrument sound quality and depth. 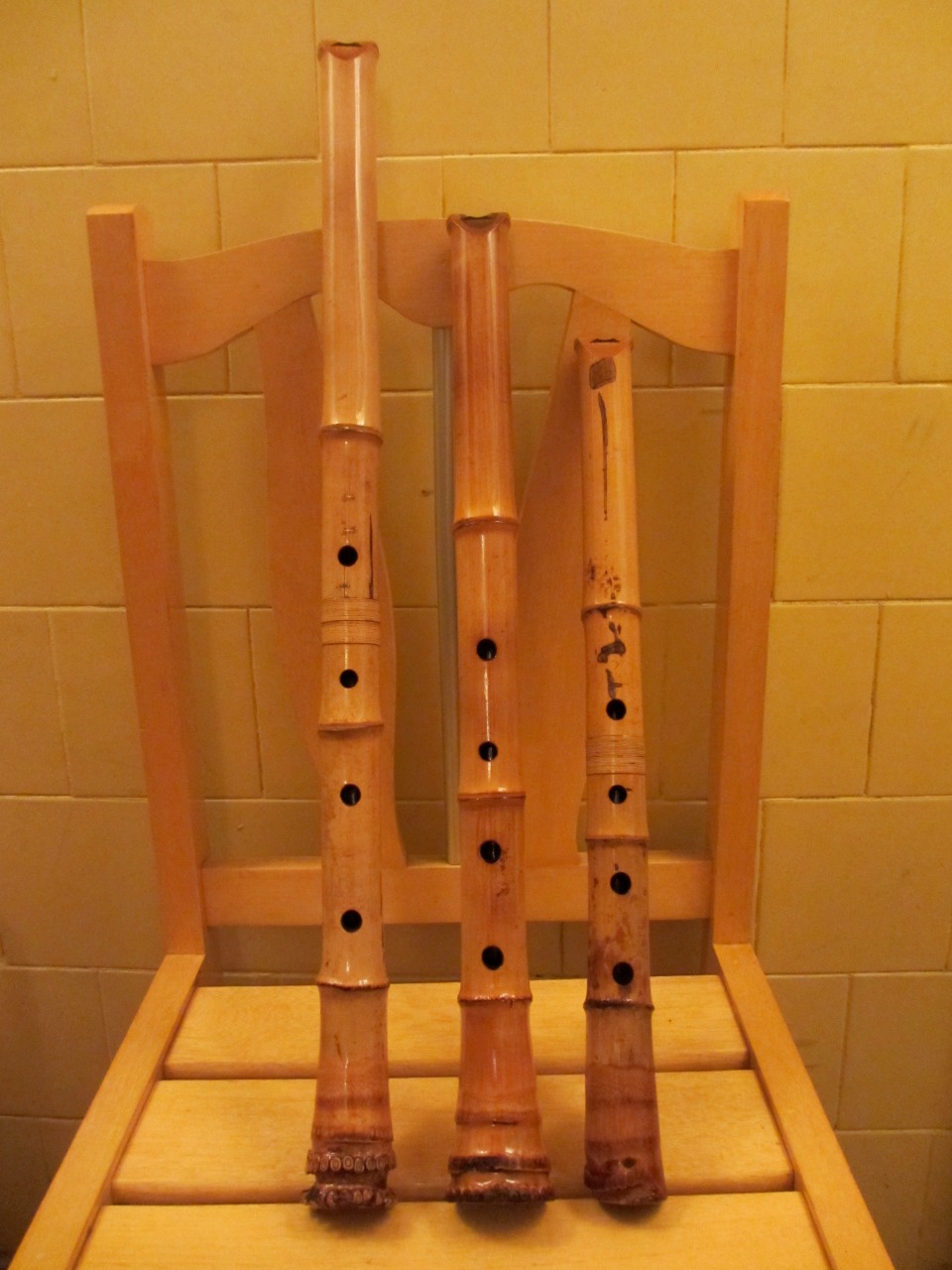 Its natural scale is a D pentatonic, that is, we have D/F/G/A/C, but it is possible to play other scales by changing the angle of the emboucher and different finger positions.

There are also other types of shakuhachis, with different lengths, that produce the same pentatonic scale in different note pitches.

In addition to the court songs, which were not performed in public, there are compositions for the shakuhachi dating from the Nara era, in the 7th century. The shakuhachi was played as part of Zen Buddhism ceremonies and practices, more specifically in the Japanese Fuke sect. It was the favorite instrument of the pilgrim monks, known as “komuso”, who wore a large basket-shaped hat. One of the translations for these players would be: “priests of nothingness”, that is, no showing of their face a total lack of ego.

At the beginning of the Edo period, in the 17th century, the Kinko school emerged, which, without losing its religious aspects, started to use the instrument purely for music.

Samurai Monk Kinko Kurosawa is the founder of this school. He traveled across Japan visiting and collecting songs in different Zen Buddhist temples and, from these records, the first notes then became musical scores, creating the “Honkyoku”, the original music for the shakuhachi. Altogether, there are 36 songs or solo songs.

About a hundred years ago, a new school, “Tozan Ryu”, came along. There are differences in the technique of playing the instruments, as well as in the structure, such as placing the fifth hole in a lower position.

This more modern style was responsible for broadening the shakuhachi repertoire beyond traditional songs. It is worth remembering the great master of the tozan style, Yamamoto Hozan, who released an album in the 70s playing jazz with the shakuhachi. The album, an LP, released in the United States and Japan, in addition to the novelty of this “fusion”, was responsible for promoting of shakuhachi outside Japan. 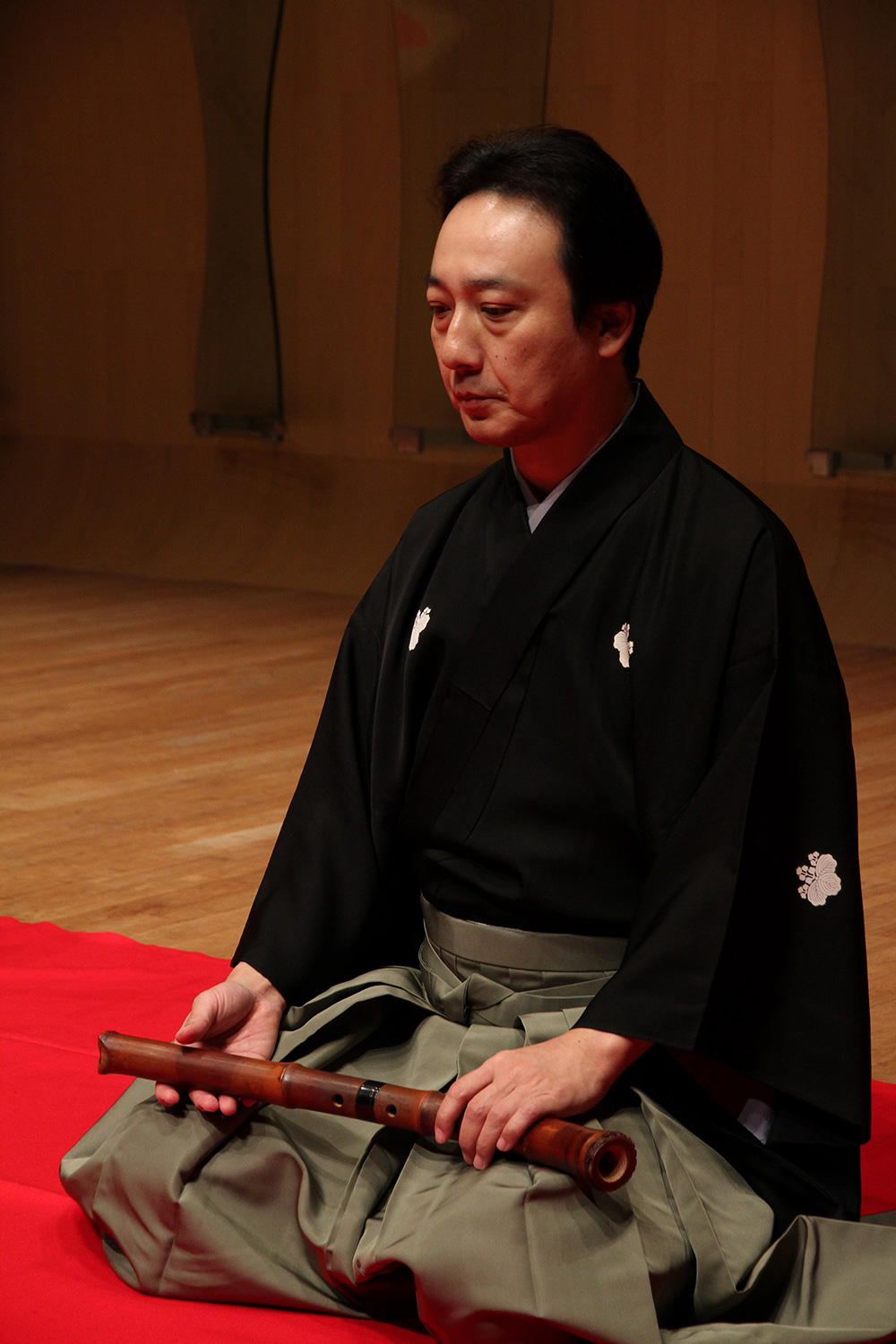 Master Jumei Tokumaru learned to play the Kinko-ryu shakuhachi with his father as a child. He graduated from Tokyo University of Fine Arts, with a Master’s degree in shakuhachi. As a student, he studied with Goro Yamaguchi, a Living National Treasure. He has already performed in Europe, the USA, Russia, India, Africa, and many other countries around the world. He also teaches younger students at the Tokyo University of Arts, in the Department of Traditional Japanese Shakuhachi Music. In 2007, he received the 58th Art Incentive Award from the Minister of Education, Culture, Sports, Science and Technology and in 2008, he was granted the Culture Incentive Award  of the City of Edogawa in 2008, and the “Kinko-Ryu Shakuhachi Tokumaru Jumei” CD (Traditional Culture Victor Foundation) and “Yugen naru Hibiki: Shakuhachi by Yamaguchi Goro and his life” (Geijutsu Shuppan-Sha). Master Jumei Tokumaru is the leader of the Kinko style of shakuhachi-Gado-ka.

Tokumaru was one of the foremost students of master Goro Yamaguchi and an expert in “Honkyoku”, the original music for shakuhachi. He is a member of the Chikumeisha Association of Japan. In this concert, he will perform two pieces from the Honkyoku repertoire: “Hifumi Hachigaeshi no Shirabe”, the first Honkyoku piece we learned, and “Sokaku Reibo”, a difficult piece to interpret, which was recorded by the master Goro Yamaguchi; it is traveling in outer space, on the Voyager II spacecraft, launched on August 20, 1977. 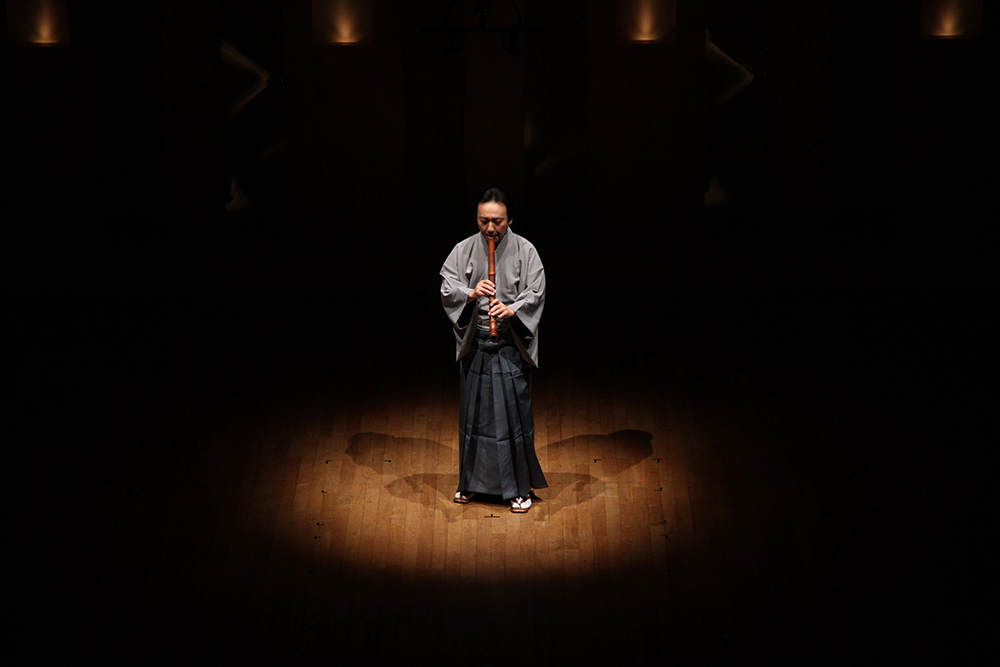 Watch Jumei Tokumaru‘s performance in the Music in the Castle project.