In this eighth edition of the solo concert of the “Music in the Castle” series, we will have once more the noble Koto instrument, an instrument with many technical and timbral resources, which has been developed over the years. Composers and performers have created new musical repertoires for the traditional instrument, as is the case with this concert, in which composer Tadao Sawai and Yoko Nishi present a vision of a modern and contemporary universe. 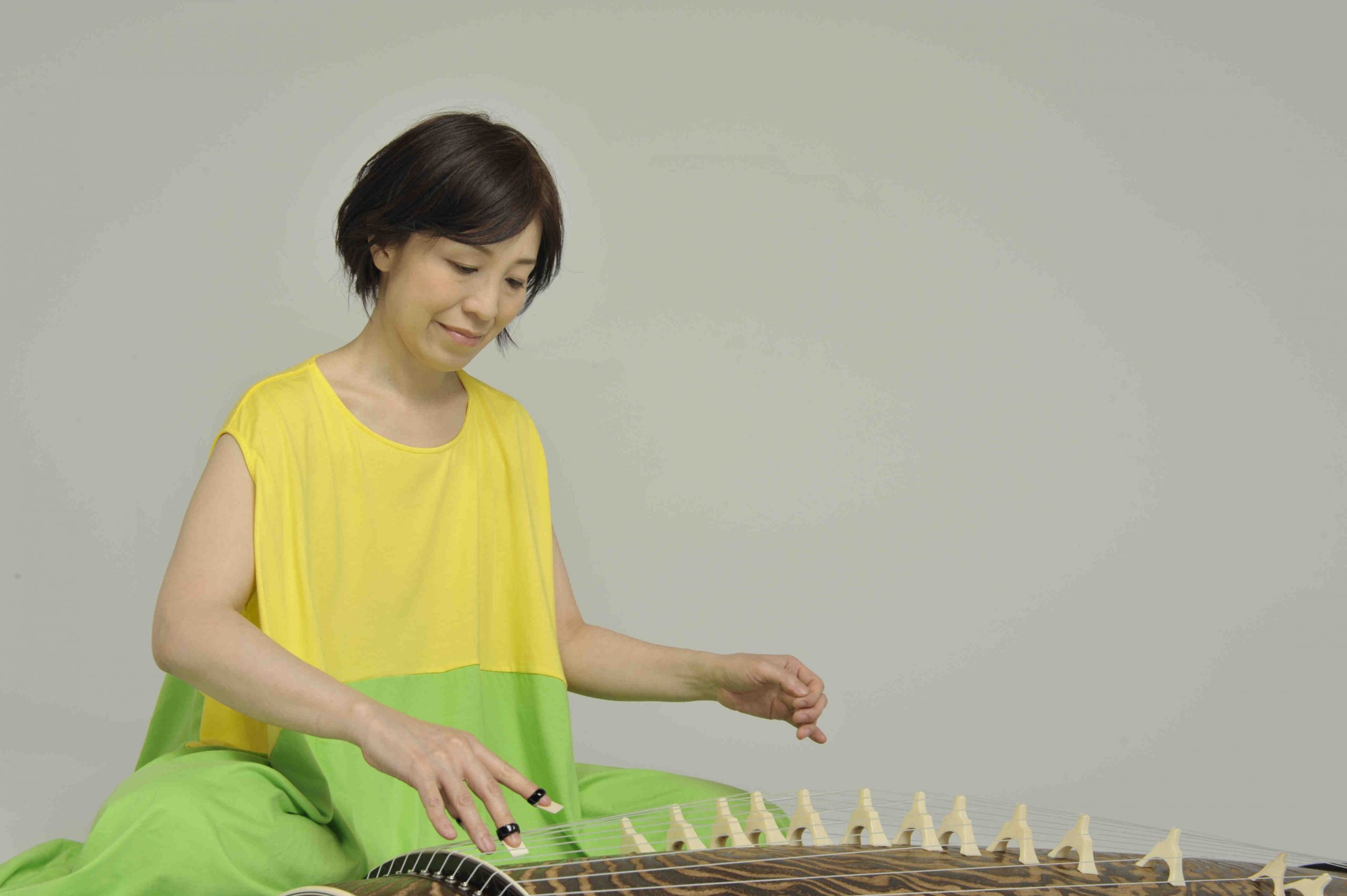 The Japanese horizontal harp, or a large zither, has already featured in the project, played by teacher Tamie Kitahara, in the second concert of the series, presenting pieces from the classical repertoire of Japanese music.

The modern Koto has thirteen strings, which can be made of silk or nylon. The strings are tuned using movable bridges, which allow the pitch to change while the music is being played. 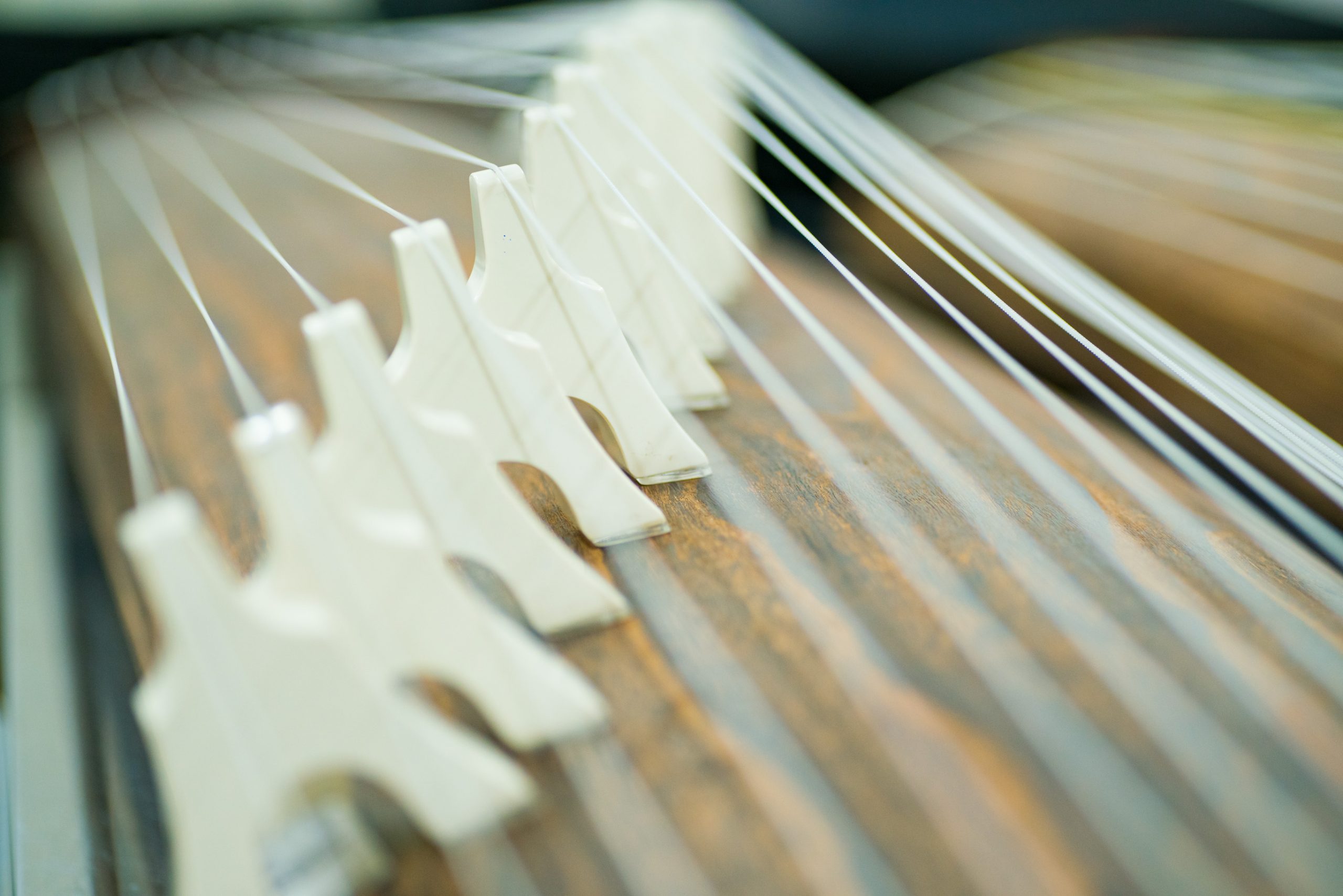 The body is formed by two Kiri boards, the empress tree, approximately 180 centimeters long, forming a soundboard. There are variations in the instrument, such as the 17-string Koto, designed by Michio Miyagi, that we will have the opportunity to hear in the song “O Luar Sobre o Mar” (Moonlight Over the Sea). This composition, by Yoko Nishi, will be performed on this 17-string Koto, which also acts as a bass in songs. There are also other models with 21 and 80 strings. Most of the people who play Koto are women, as their sound is soft and gentle, and considered to be sweeter. This does not mean that there are no men playing the instrument, there is no prejudice against that. For example, in our concert in the “Music in the Castle” series, we will present a composition by a Koto teacher and interpreter, Tadao Sawai. Today, the number of men who play Koto has increased considerably. 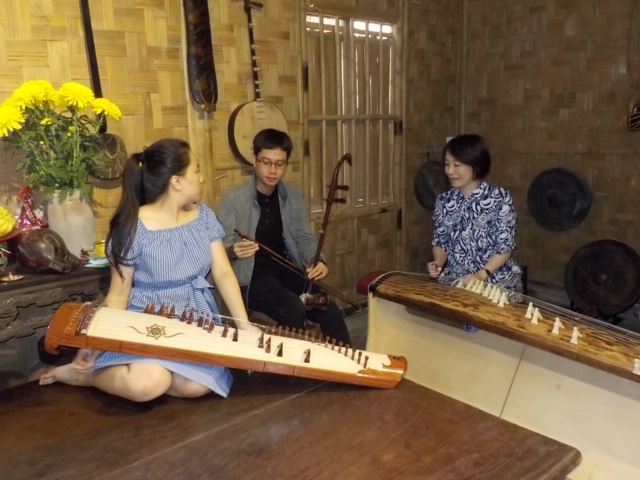 For centuries, Koto’s music has been cherished by the nobility. In the 17th century, when the instrument’s popularity grew, Yatsuhashi Kengyo founded an independent style, the Yatsuhashi Ryu. In 1664, a book by Sosan Nakamura, Shichiku Shoshin Shu, was printed, containing the scores of the main songs by Yatsuhashi Kengyo, Rokudan no Shirabe, Hachidan no Shirabe and Midare, performed until today. Yatsuhashi created the tunings considered the most traditional for the Koto, Hira and Kumoi. In that century, there was also the popularization of the instrument as a dance accompaniment and as a group, formed alongside the shakuhachi and sangen.

Nowadays, there are two currents, Ikuta Ryu and Yamada Ryu. The Ikuta school was founded by Ikuta Kengyo (1757-1817) at the end of the 17th century, based on the adaptation for the Koto of the existing formulas for shamisen (sangen), mainly in the alternation of songs with instruments originating from the Jiuta. The fundamental feature of this school is its emphasis on instrumental techniques. 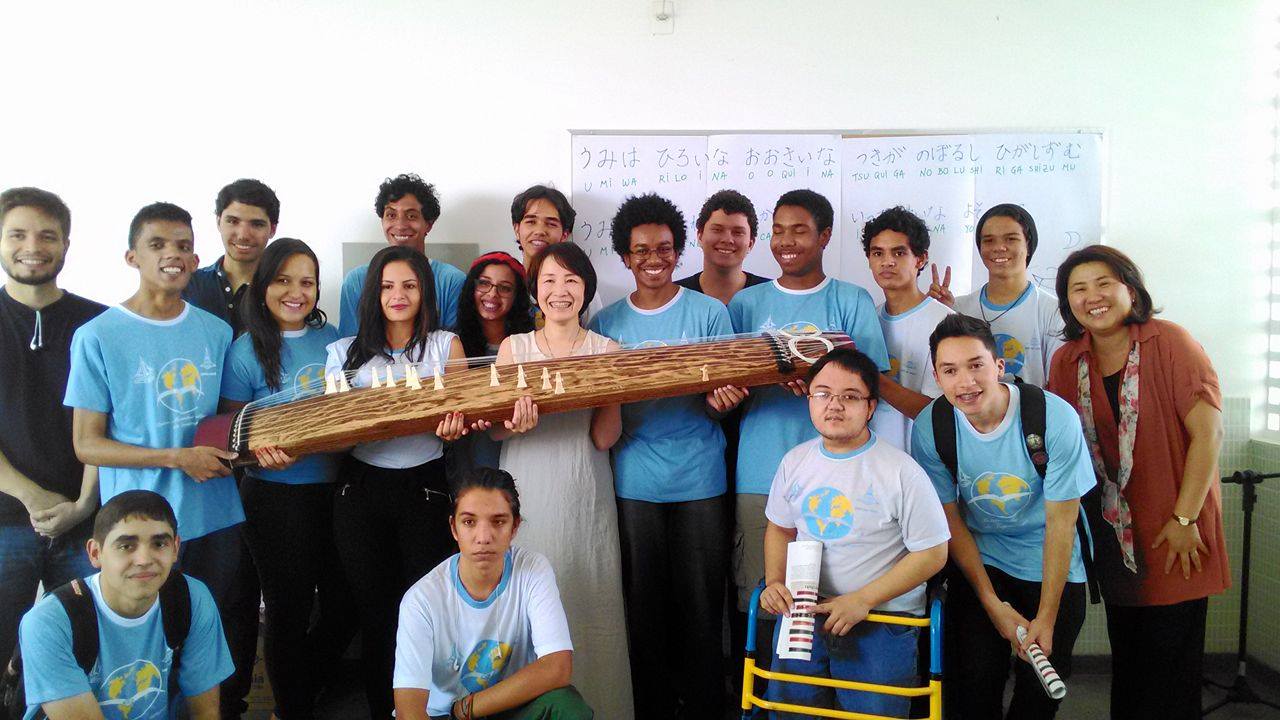 By the end of the 18th century, the Yamada school emerged, founded by Yamada Kengyo (1757-1817). It was based on narratives, with more emphasis on songs. Although they have some pieces of the repertoire in common, the styles differ as to their orientation, technique and style of execution. And the shape of the nail is different. The Ikuta style uses the nail with the rectangular shape, while the Yamada style adopts the oval shape, causing the players to sit differently in relation to the instrument. The player from the Ikuta school sits at an oblique angle, while that from the Yamada school sits at a right angle. The position of the hand touching the strings is also different. Musicians from the Ikuta school plays with their hand tilted in relation to the strings, while those from the Yamada school play with their hand in an upright position.

Born in the city of Wakayama, Japan, Yoko Nishi performs both the traditional and contemporary repertoire of the Koto. She started her studies in the Ikuta style, at the age of four, under the tutelage of musicians and composers Tadao Sawai and Kazue Sawai. 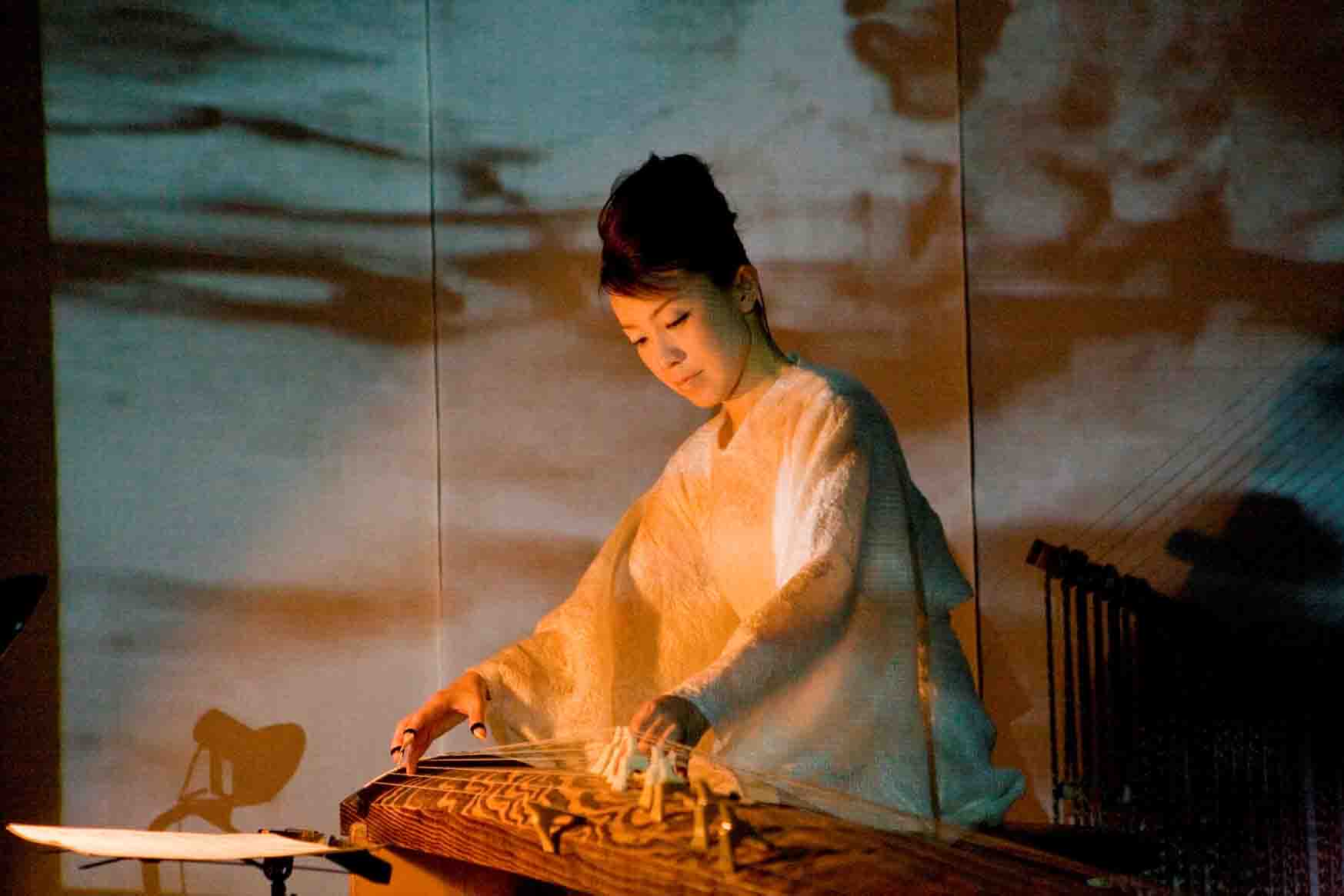 In 1980, at the age of 16, she was awarded in the Sankyoku contest. Upon graduating from Tokyo University of the Arts, she performed at the Imperial Palace as a university representative, in an event organized by the Imperial House Agency. In 1993, she became an art trainee for the Cultural Affairs Agency, performing her first solo recital in Tokyo. As of 2008, she has performed at international festivals around the world, including countries such as Switzerland, the United Kingdom, the United States, Germany, China, Hungary, and Lithuania.

In 2013, she released the album “The Magic Dragon”,  a work featuring her own songs. From the most fundamental standpoint between tradition and modernity, she looks at Koto and pursues music with free thoughts and sensitivity. She has been promoting the international exchange of Koto music and activities closely related to the area and her home province. Her Koto creation and teaching activities are promoted in a new way, enabling her to connect deeply with the world and society. 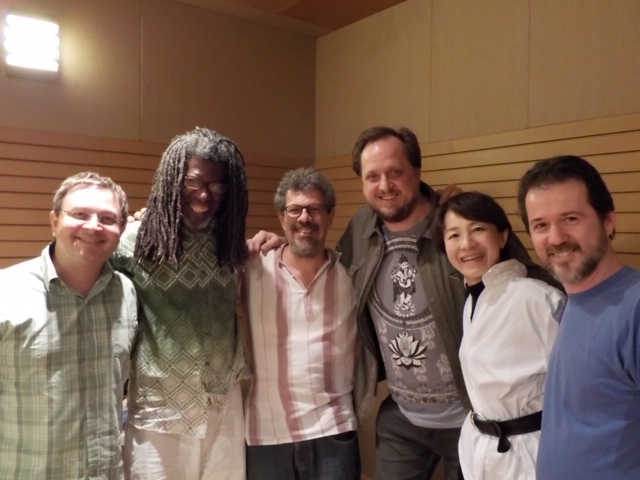 Yoko Nishi has a special relationship with Brazil, where she has performed several concerts and master classes, including the choro genre in her Koto repertoire. From that, she has developed a new school of playing Koto, in communion with a genuinely Brazilian style.

This is a work composed in 1988, of three movements:

“We appreciate the sound, its rhythm, like the fluidity of a loose dance. Music, with its beauty and airiness, sometimes vibrates through intense emotions that run through the body”, describes the author. 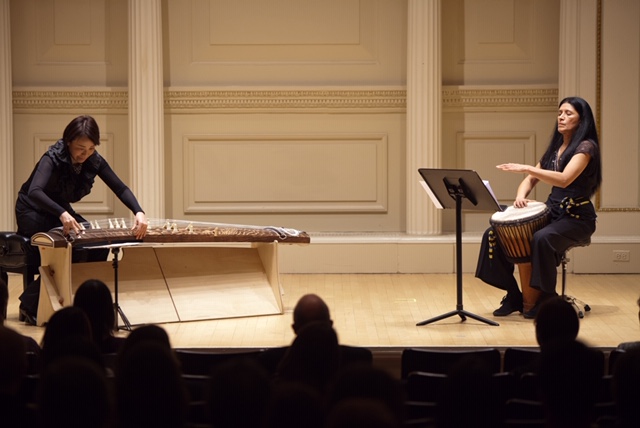 The composer, Tadao Sawai (1937-1997), under the influence of his father, who enjoyed the shakuhachi, was taught the art from a young age and completed his Koto degree at the Department of Music of the Tokyo University of Fine Arts. His vivid technique and the sound of great beauty are present in his poetic and intense performance, which glides freely between the movement and the stillness that have conquered the world.

As a composer, rooted in the Japanese music tradition, he innovates through many versatile works, influenced by contemporary music of the 20th century.

Through his compositions, Tadao Sawai shows all the versatility that the Koto can offer in a modern repertoire, using techniques that we don’t find in the traditional and classic repertoire. 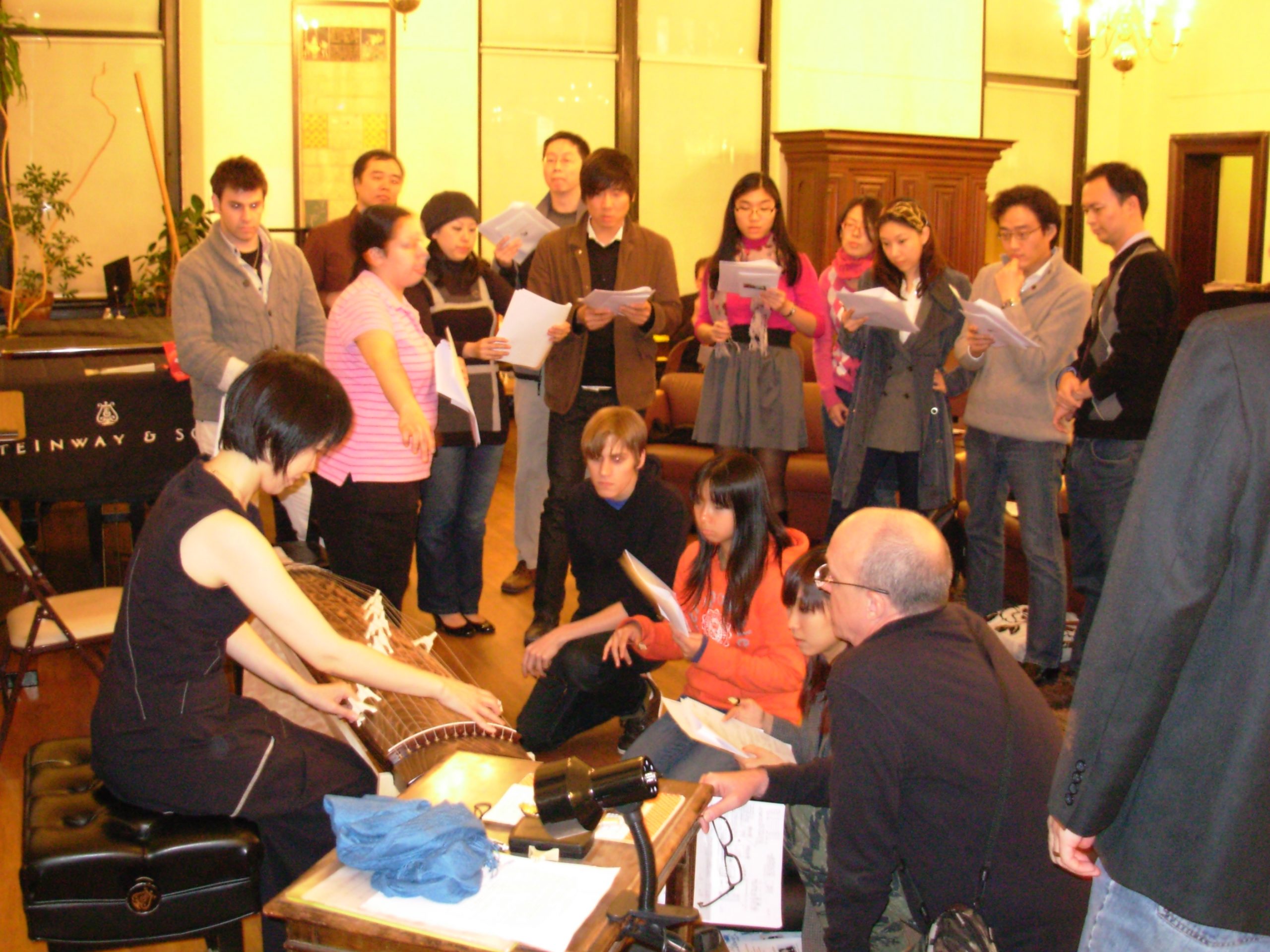 The Sea in a Moonlight Night

First performed at Expo 2010 Shanghai, in June 2010.
One summer night, I walked on the sand at Okinawa Beach.
The moon, on that day, was shining exceptionally beautiful way.
The brightness of the moon spreads across the sea, like an eternal bridge over the waves.

I wrote a poem based on a fable and composed this song:

Golden tears shed by the moon

The teardrops flow over the waves

The bridge of light descends and the door opens 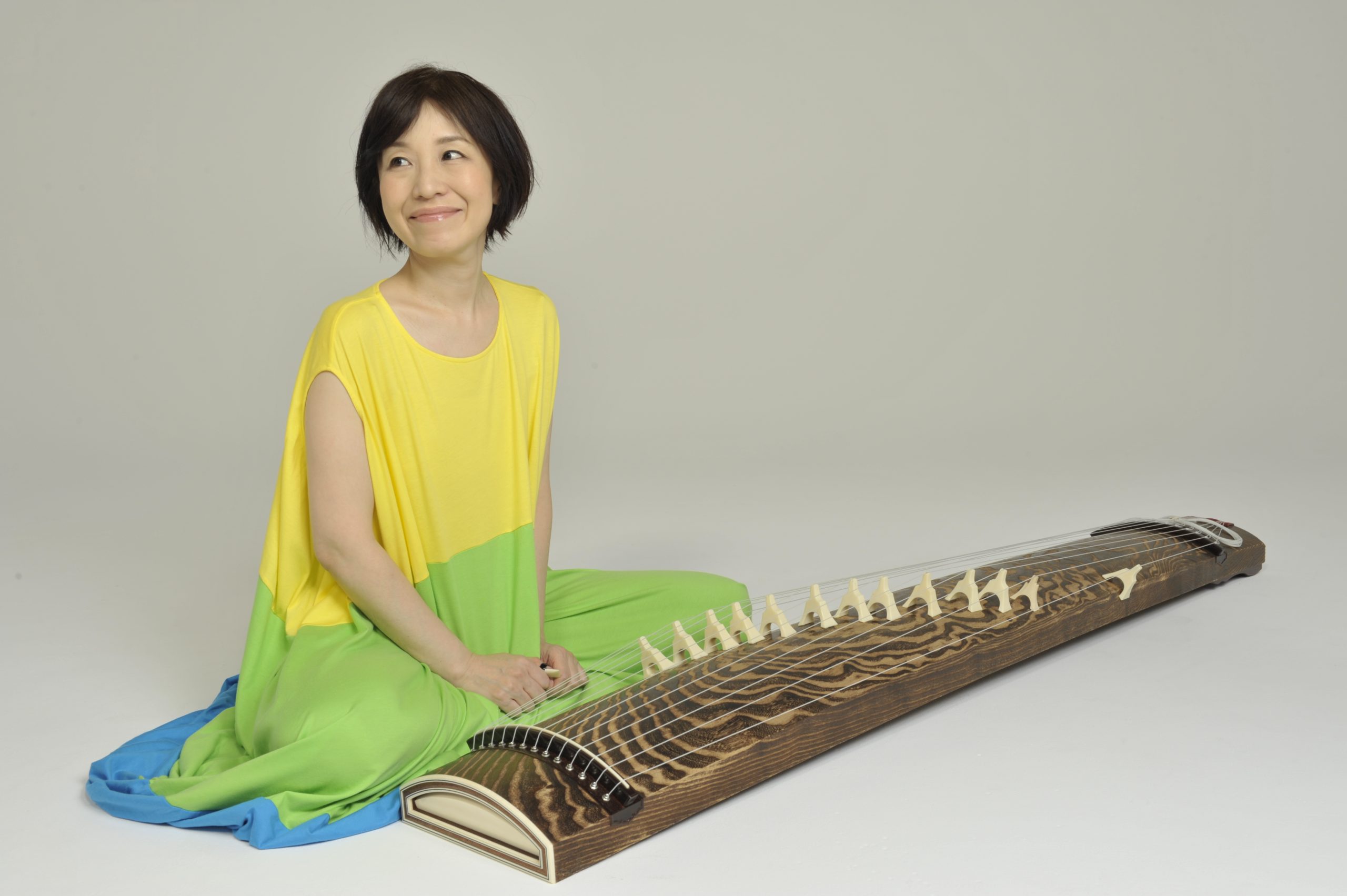